What KYC documents are required for verification? Click here for a full list of valid KYC documents required to be presented as proofs of address & identification! 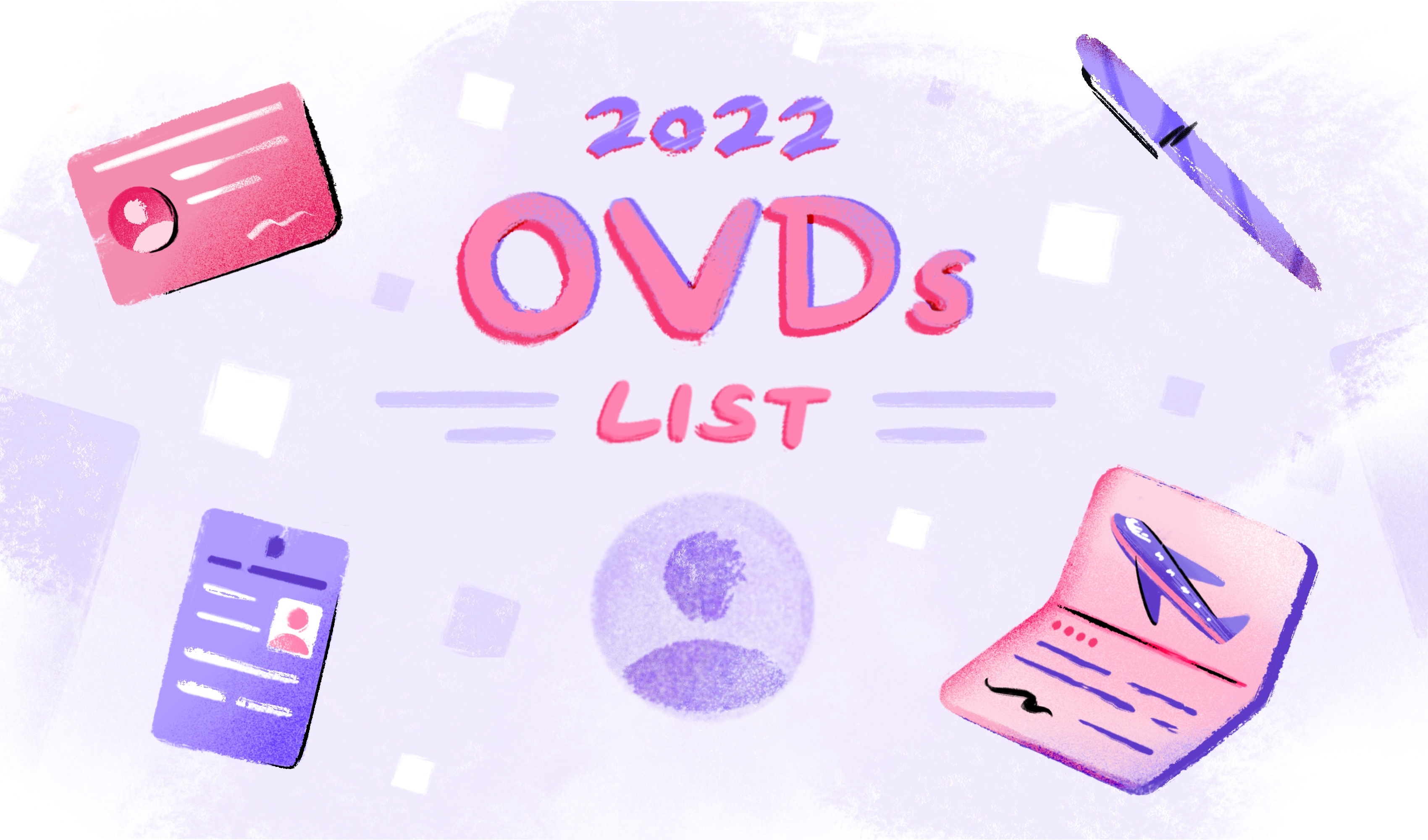 What Are the Necessary KYC Documents Needed for Customer Verification?

What is KYC, and who needs it?

KYC, or know your customer, is a mandatory process by which the personal details of potential customers are verified and certified to be accurate and authentic before enabling access to services. The KYC process is already widely accepted across banking and financial services and is gaining traction across the telecom, mobility and eCommerce sectors.

The institutionalization of KYC processes has helped companies and service providers in these sectors bring down the instance of fraud and cybercrime. However, the manual process has typically been expensive, capital-intensive, and time-consuming.

Now, with eKYC, or online KYC, digital execution of the KYC process is becoming popular and feasible. Thanks to advancements in technology, the overall KYC process has become faster, smoother, and more cost-effective.

Automated KYC means more seamless, friction-free onboarding and servicing for new and existing customers; for service providers, it has spelt less manual error and a less capital-intensive process for this mission-critical process.

In digital KYC, the prospect uploads a picture of any officially valid documents (OVDs), which the system scans for pertinent details. The data is then used in two ways: it is checked against government databases for validity and accuracy, and it also runs past an intelligent predictive system to rank its risk profile. The latter, supported by advanced AI and ML technology, gives financial service providers some insight to propose the right products and services to the prospect.

OVDs or Officially Valid Documents are the Foundation of KYC

The entire process of KYC – whether manual or digital – is based on verifying officially valid documents issued by the government or its representative bodies. In India, for example, Aadhaar verification is the starting point for document KYC documentation.

Customers desirous of availing of basic and premium banking and financial services must produce the requisite set of OVDs to help execute their KYC and ensure the service providers can smoothly move the application process forward.

While each government has its list of OVDs for KYC, there are two categories of documents required in almost every country.

The complete set of KYC documents, especially for KYC verification for banks, fall into two categories: papers for the proof of identity and address.

In general, an original or officially attested copy of one of these six documents is considered an 'Officially Valid Document’ (OVDs) for proof of identity of an individual.

Whatever document is submitted, it must contain the following fields:

There are four exceptions for the KYC document verification and submission:

Usually, a valid Aadhar card verification is sufficient. However, In case the applicant’s valid and permanent address is not mentioned on any of the valid identity documents submitted, one of the following supplementary documents may be provided by the applicant:

Many banks, financial institutions and service providers ask applicants to provide self-attested copies of all their officially valid documents, accompanied by the original documents, at the time of KYC verification. Where needed, or where originals are not available, the papers would need to be duly attested by authorized entities such as notary public, gazetted officers such as defence or legal professionals, a senior official of government scheduled commercial/co-operative banks etc., or any legally elected representatives of the legislative assembly or parliament. In all cases, the attested documents need to be accompanied by the full official name, date and official seal of the attesting authority.

Resubmission of OVD for KYC

For ongoing customer relationships, the service providers can periodically ask their customers for an updated set of documents, as they are required to maintain the latest version of KYC documents for all their existing customers. For example, KYC is valid for 24 months for digital wallets, and beyond this, all OVDs need to be resubmitted. Similarly, for some premium financial products and services over a particular transaction amount, digital KYC is not accepted. For the manual KYC process, the applicant may be called to submit the required OVDs in person.

As long as applicants and customers have the necessary and valid official documents to complete their KYC verification, they can rest assured of a relatively friction-free onboarding process to avail of banking services.

Banks, on the other hand, need to invest in digital KYC document verification processes that enable speed, accuracy, and scale. Solutions such as the HyperVerge fintech stack, powered by AI and other advanced machine learning capabilities, are able to deliver solutions such as digital and video KYC verification, as well as dedupe fraud checks to validate the authenticity and risk status of applicants, all at an unprecedented scale while driving cost and operational efficiencies for future-focused banks.

What is Identity Fraud & How to Prevent It?

Identity fraud refers to the crime when someone obtains other person's personal data wrongfully. To know more about why it occurs & how to prevent it, click here!

An Overview of Data Mining For Fraud Detection

Data mining for fraud detection is a technique used to identify fraudulent business activities by analysing data. Click here to know about how it can help in fraud detection!